Verastar wanted to celebrate its 20th year anniversary in business and was looking for a way to celebrate in style. Initially, Verastar had spoken to us about putting on a celebration party.  However, with a disparate business which includes multiple contact centres across the country, a head office site and nationwide branches, logistically this was proving a challenge! The leadership team were concerned that the original party would not be fully inclusive for all.

We designed a virtual celebration that was fully inclusive for all employees.  As team members arrived at each site, they discovered their workspaces had been transformed overnight with decorative ‘20’ light up numbers and branded balloon decoration throughout. They also found bespoke branded goody bags with celebration cupcakes, mini-bottles of champagne, a commemorative raffle ticket with a chance to win some super prizes and a personalised anniversary poem thanking each team member for their contribution.

After the initial excitement, team members were then surprised with a hot breakfast delivery followed later with a mid-afternoon trolley dash by the senior leadership team. This gave the staff the chance to receive branded gifts and golden anniversary Wonka chocolate bars, where lucky golden tickets were hidden. Smaller branches were surprised with a catered buffet lunch at each site and huge celebration cake made by local suppliers with bespoke 20th anniversary company branding.

As famous American photographer Jay Maisel said… “If you can capture the element of surprise, you are way ahead of the game”.   The Saving Grace team certainly delivered the surprise, and all employees experienced the WOW factor and more importantly felt included and truly valued on anniversary day!

The delight of employees was evident with many of them posting online on their personal pages and tagging both Verastar and Saving Grace Events in their feedback as one employee put it “…..”

Just a quick note to say a huge thank you for arranging the 20th Anniversary celebrations for us today. The sites looked great and everyone thoroughly enjoyed the day. Thanks again for all your efforts on it. 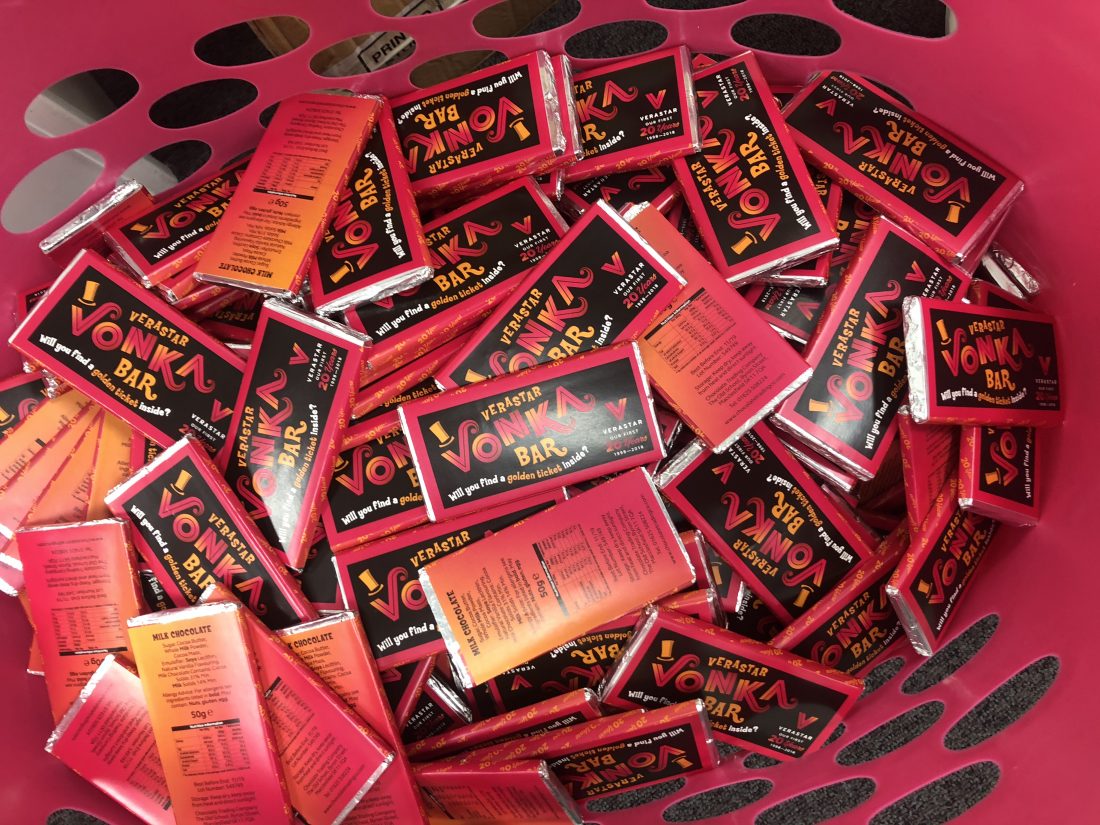 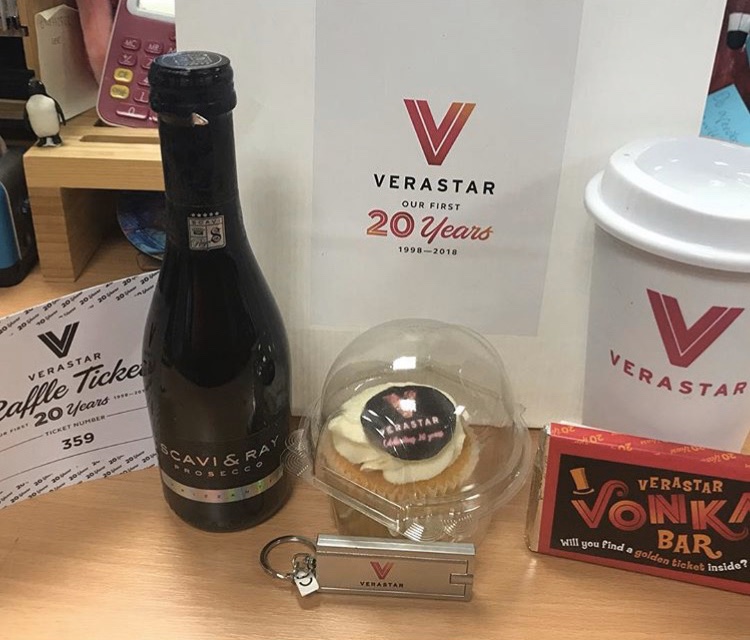 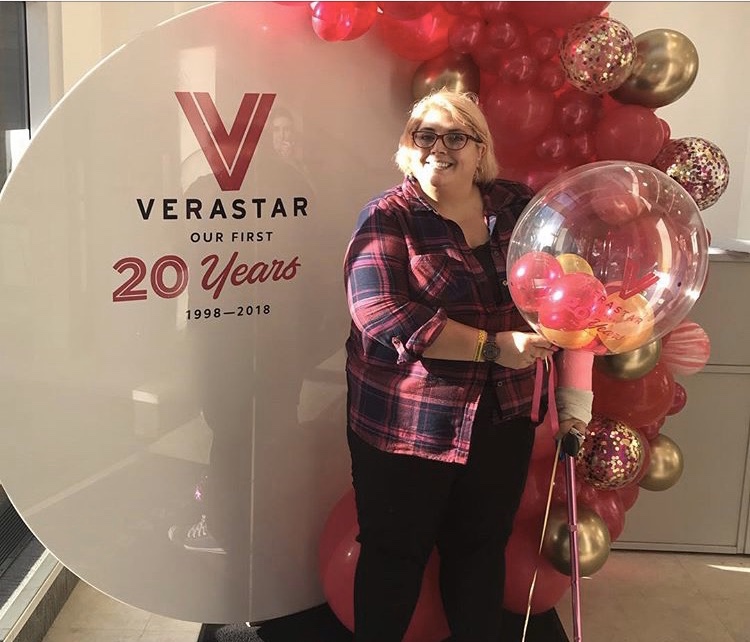 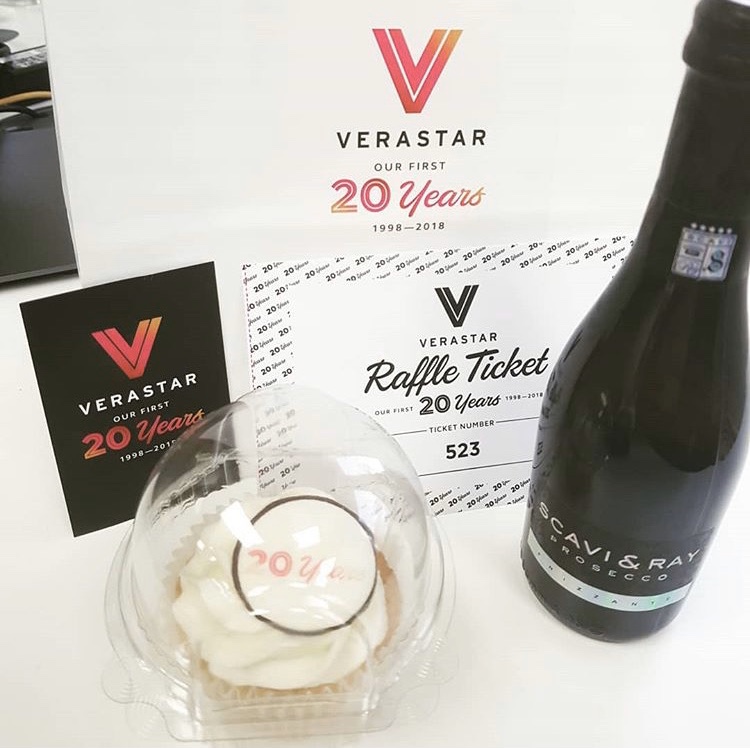 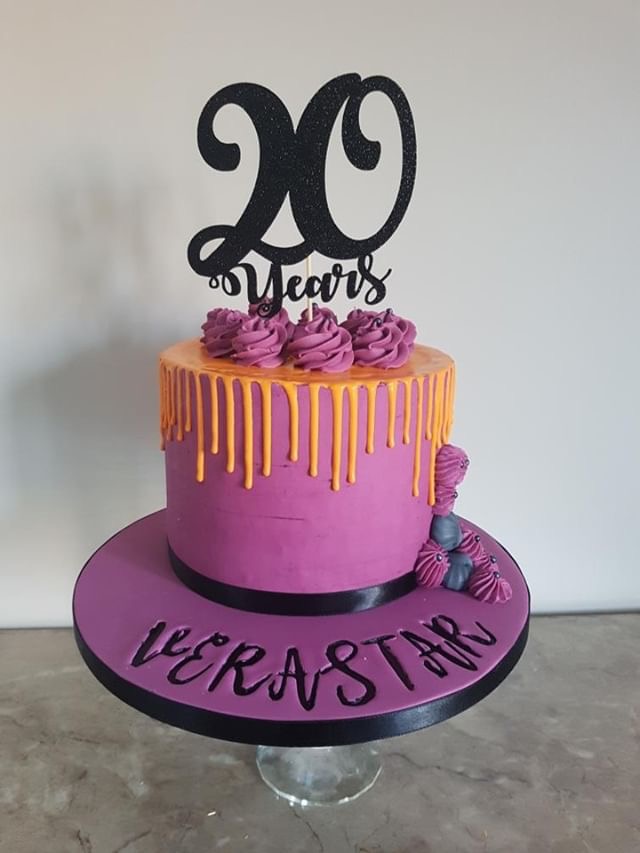 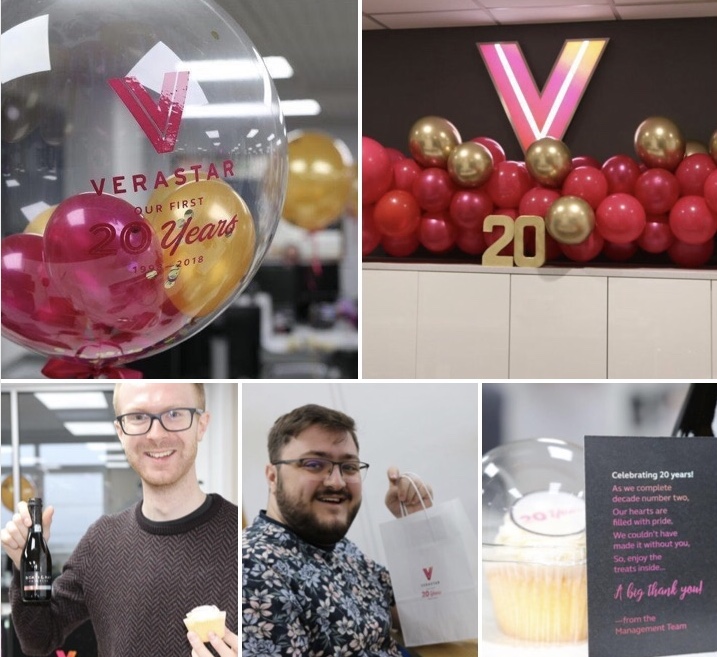 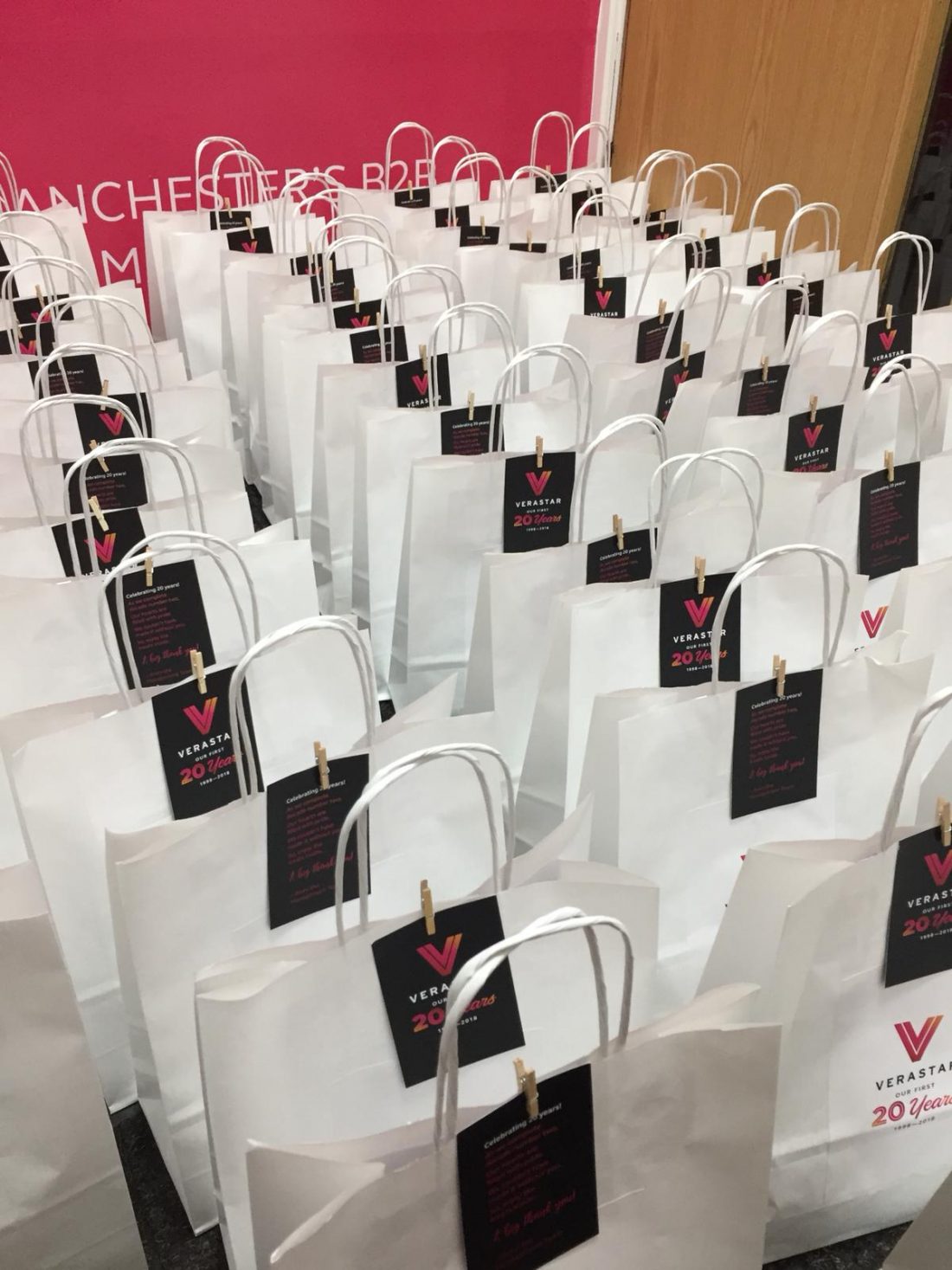 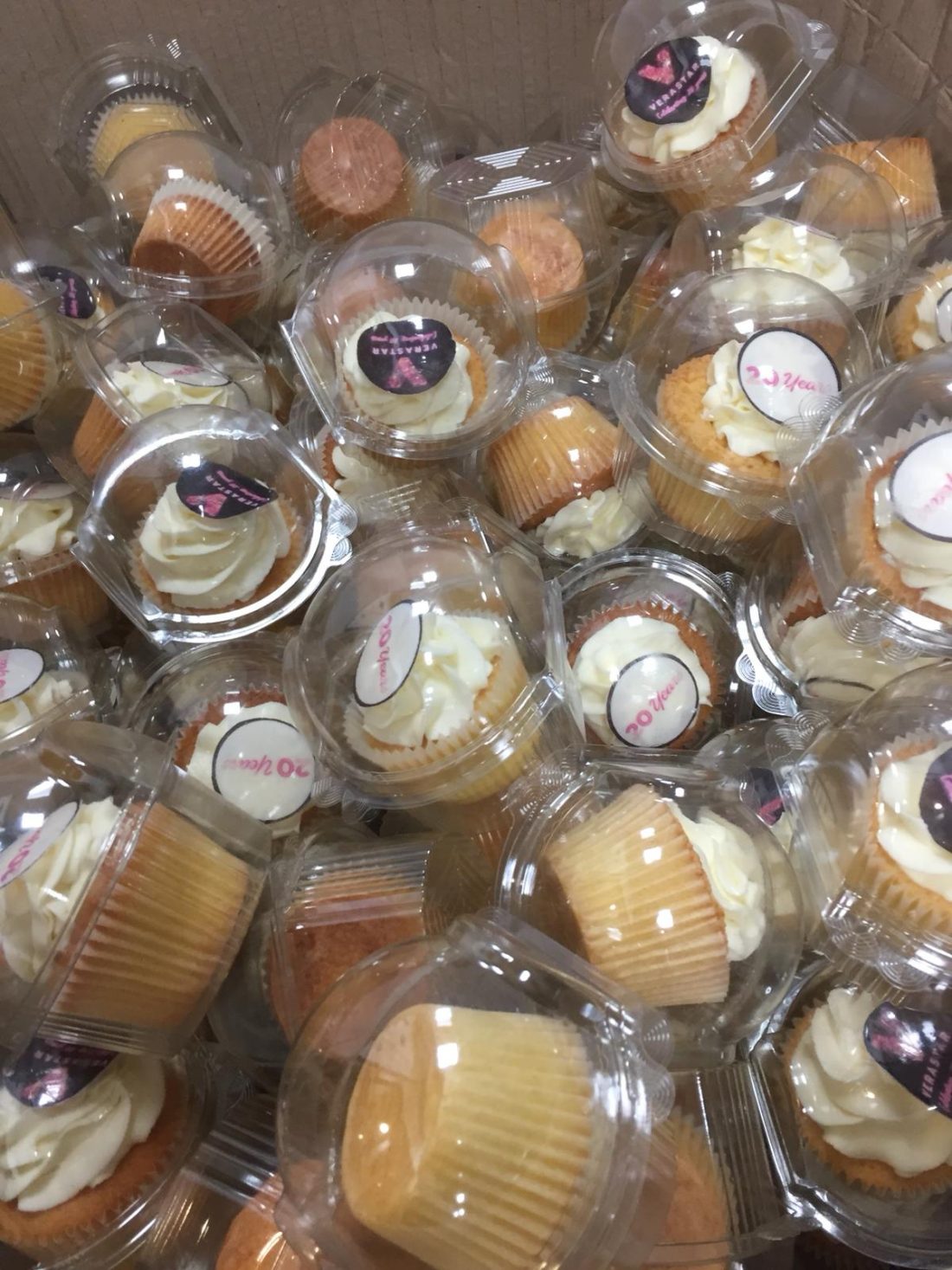 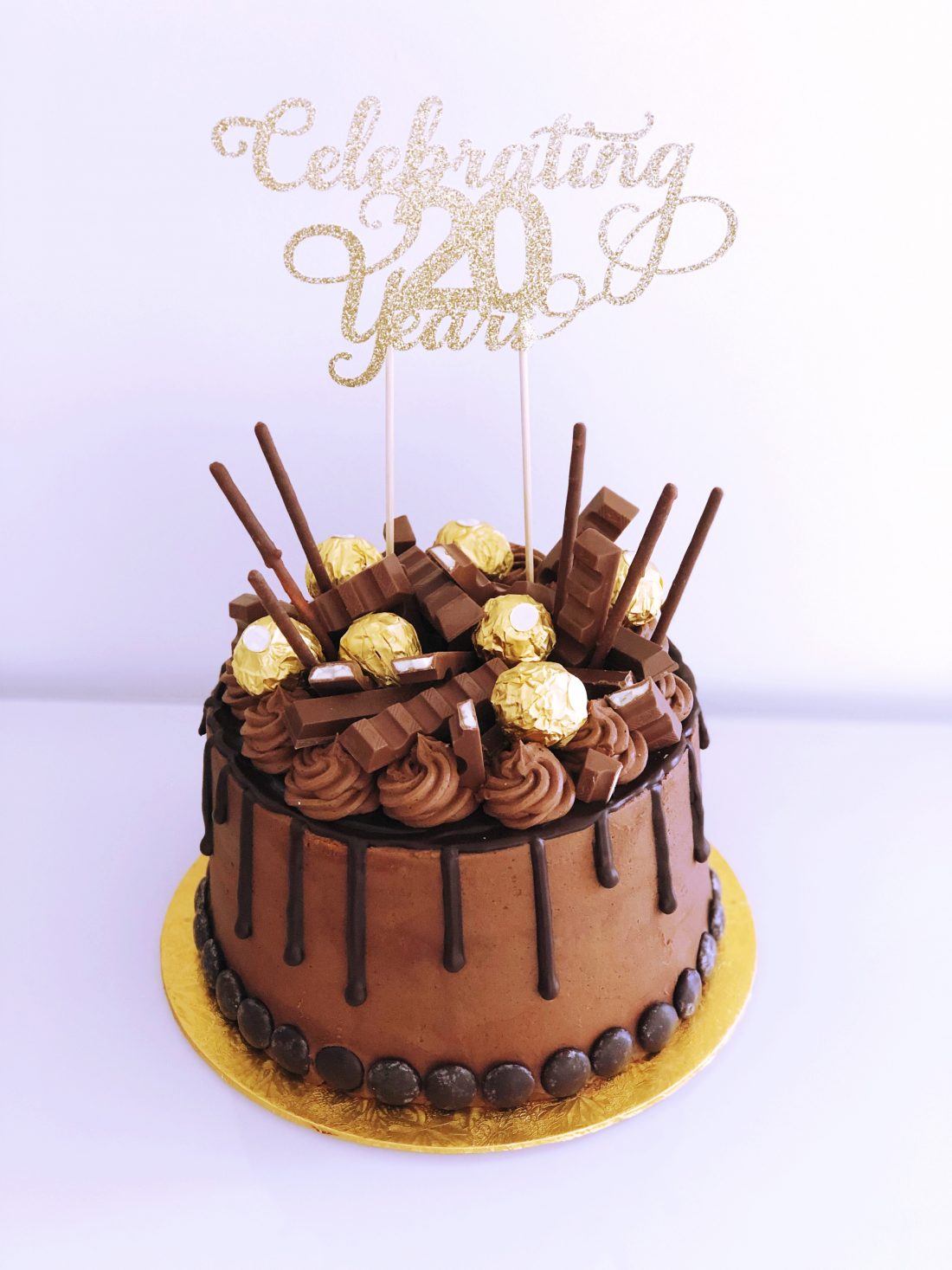 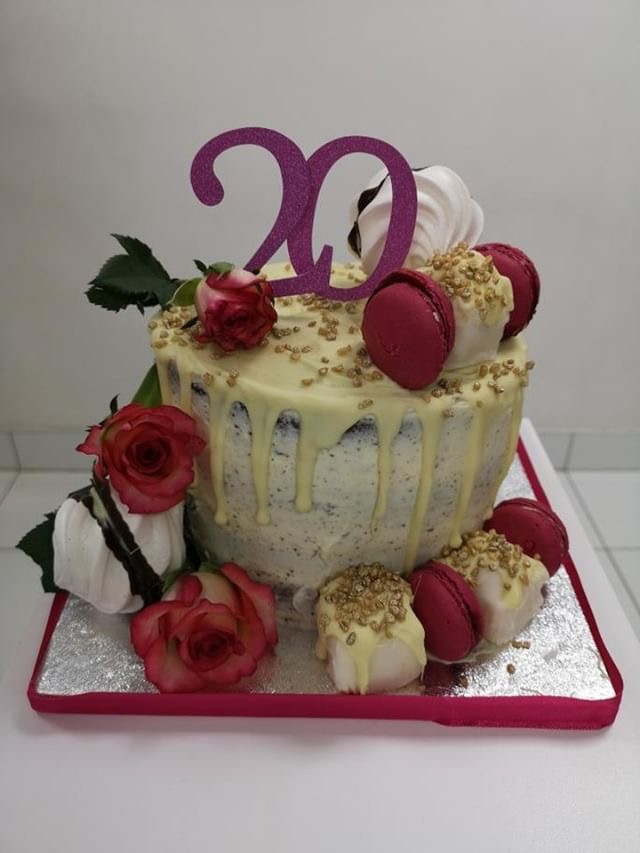 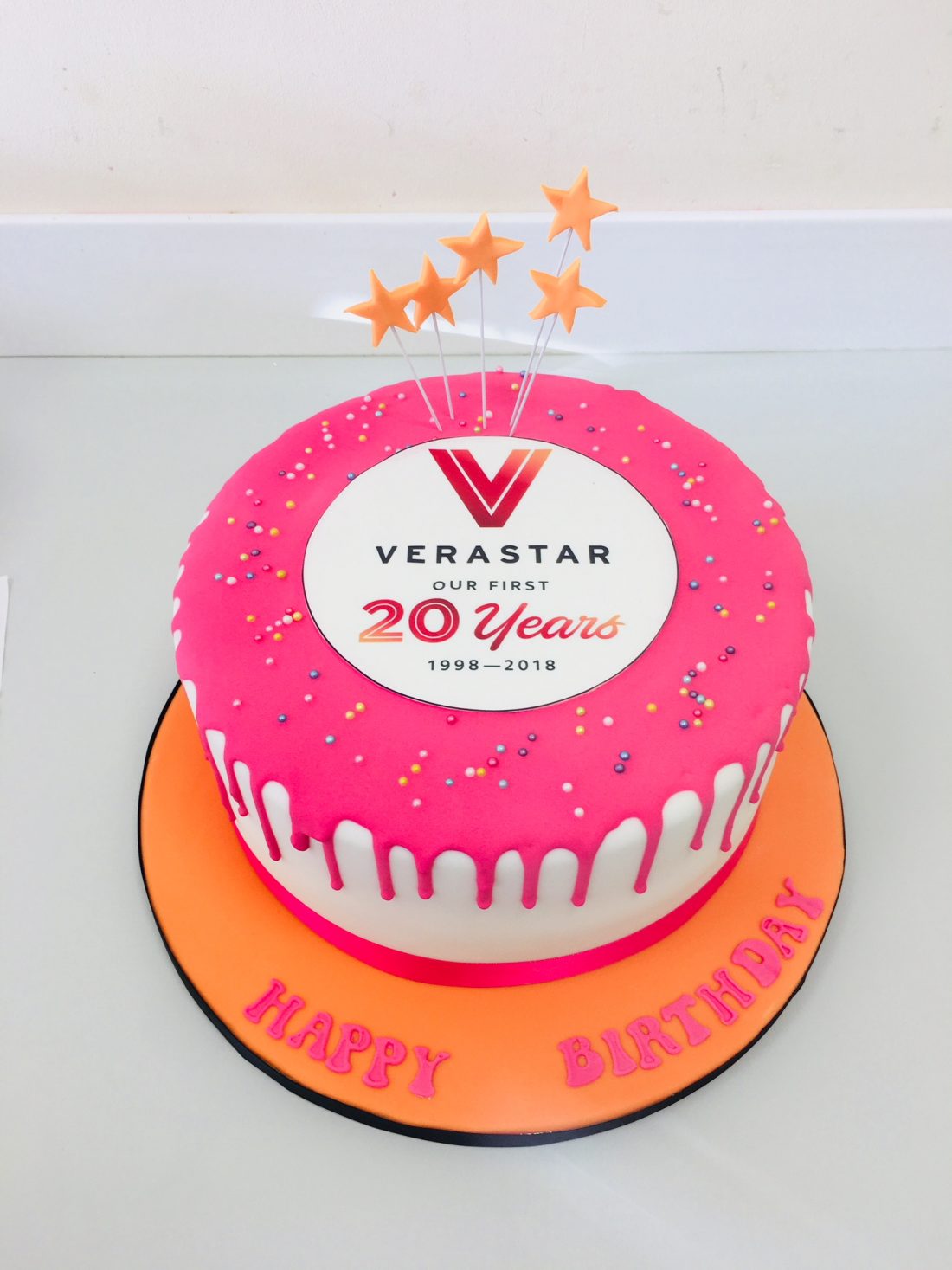 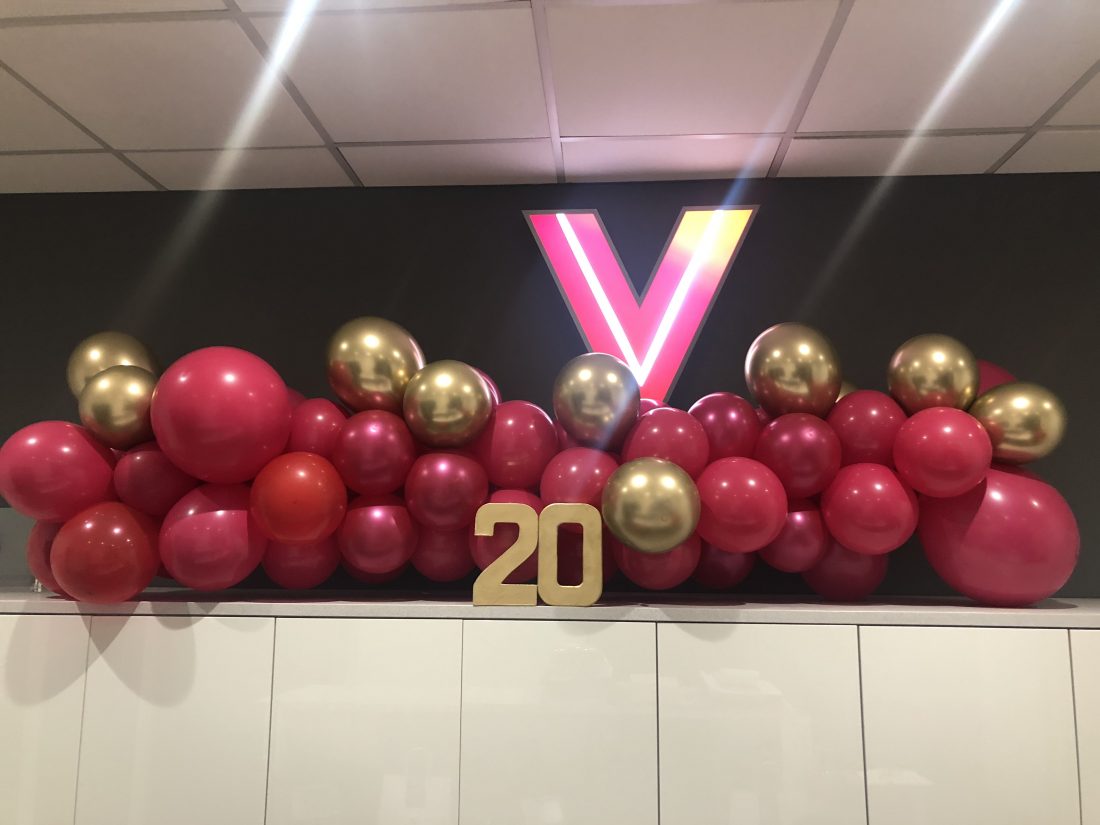 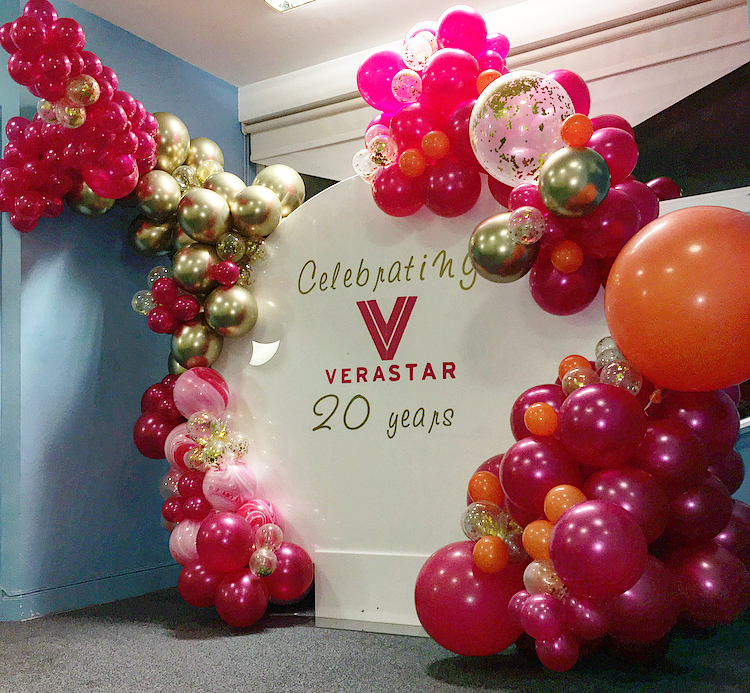 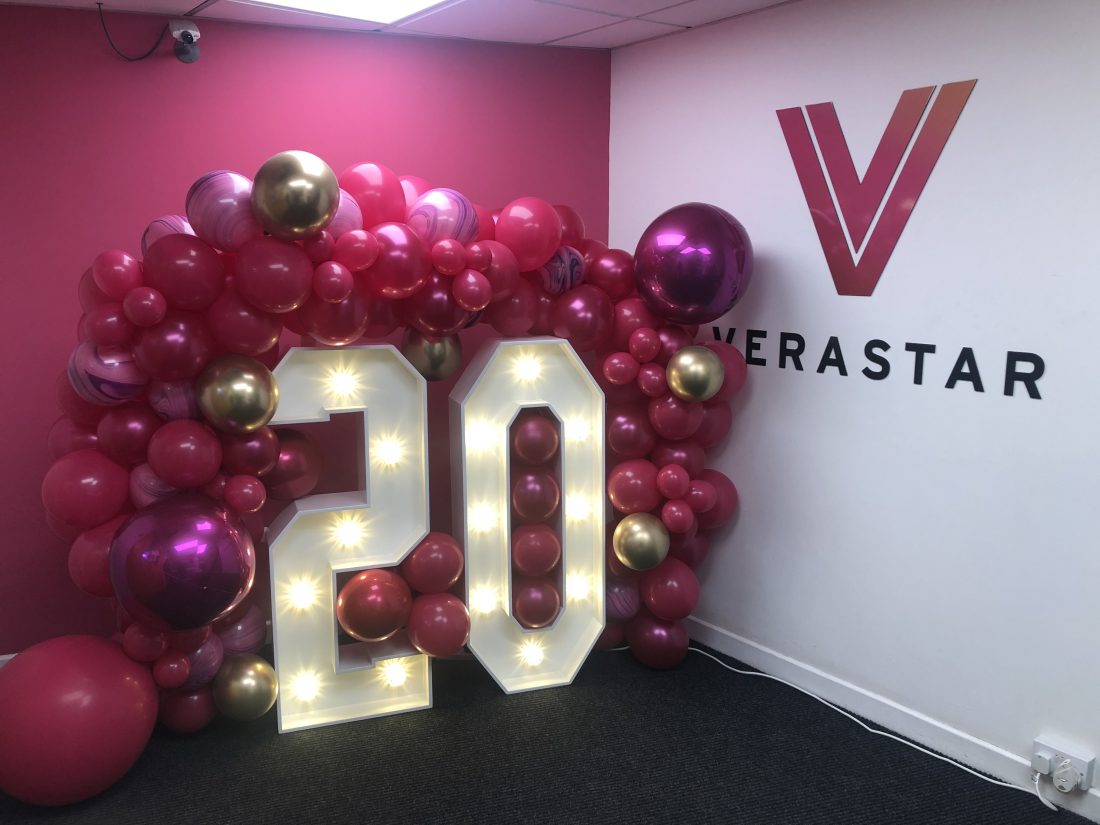 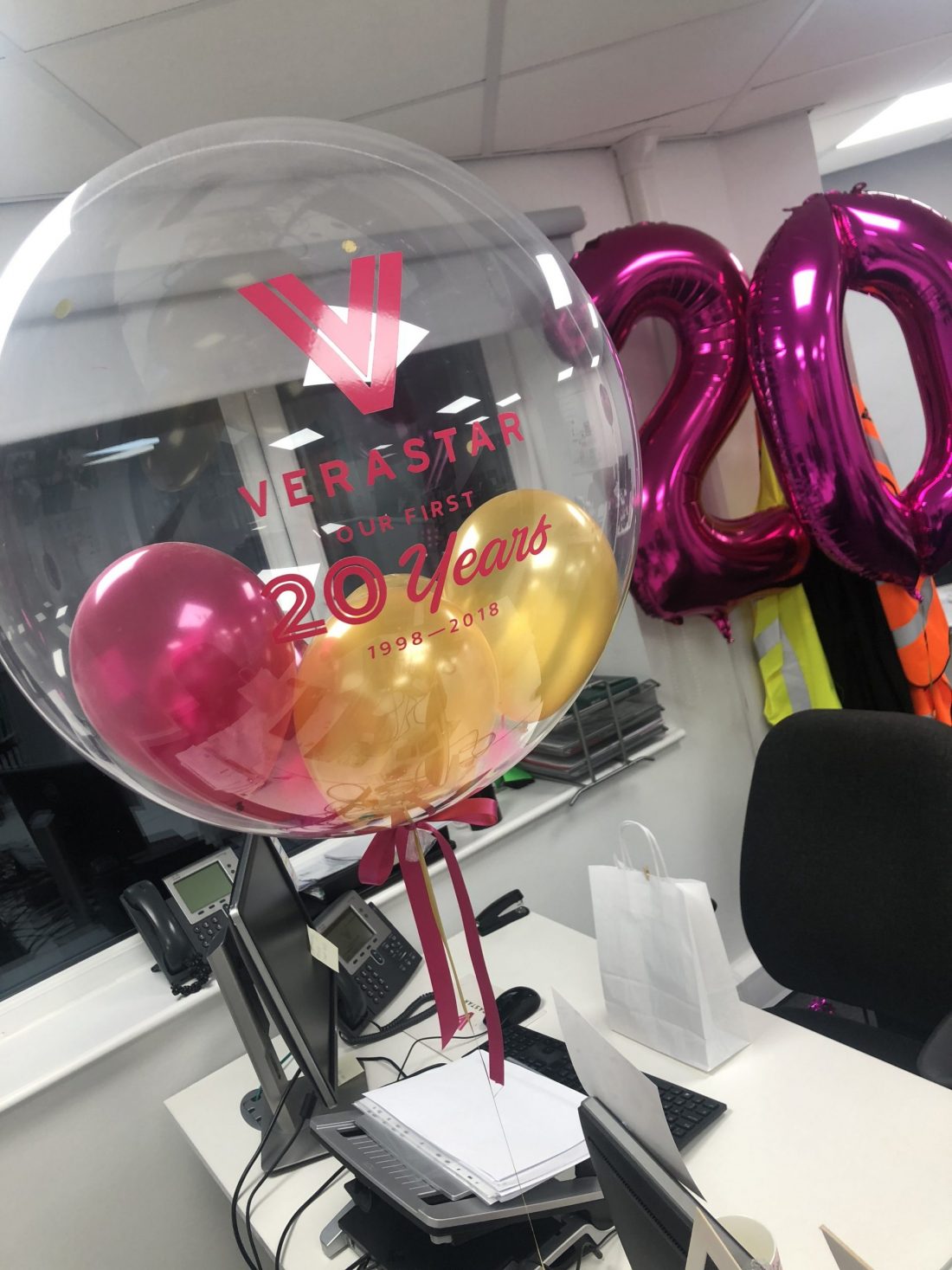 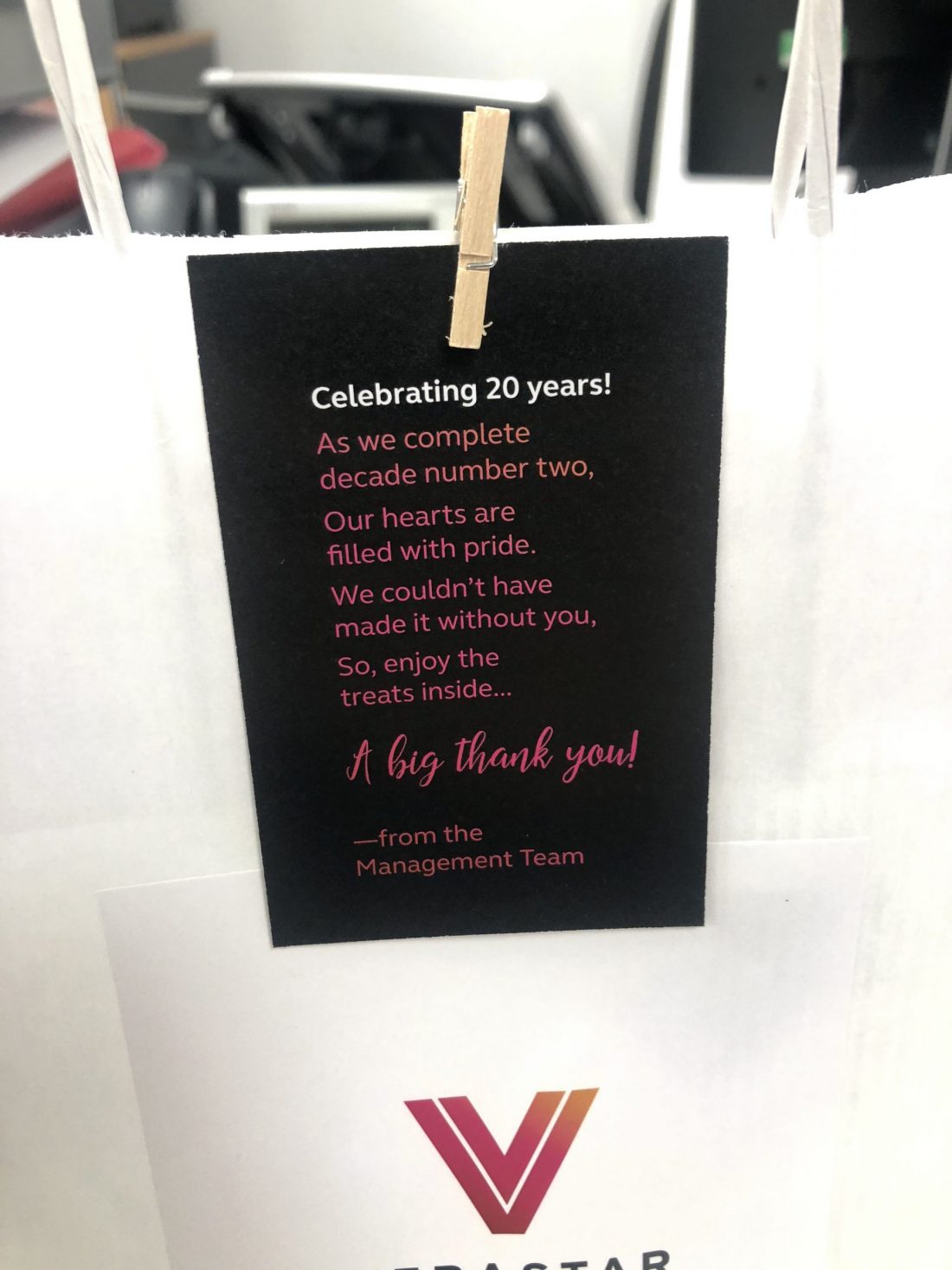 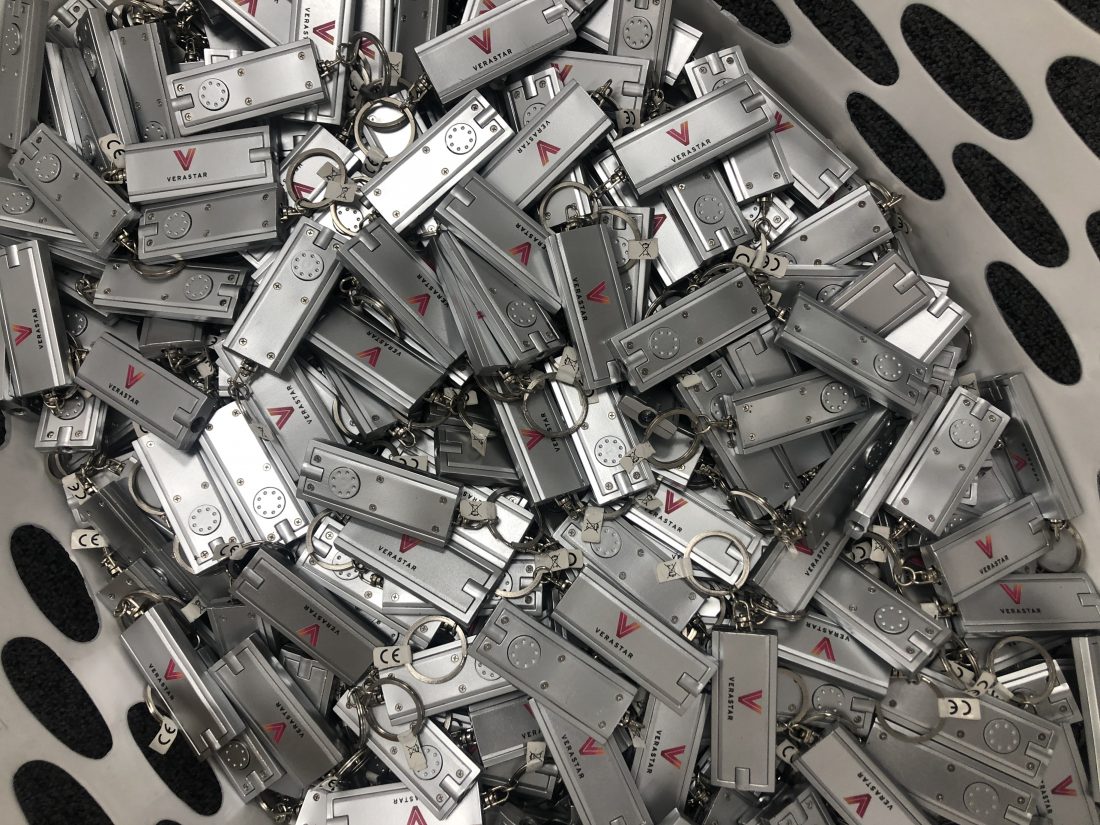